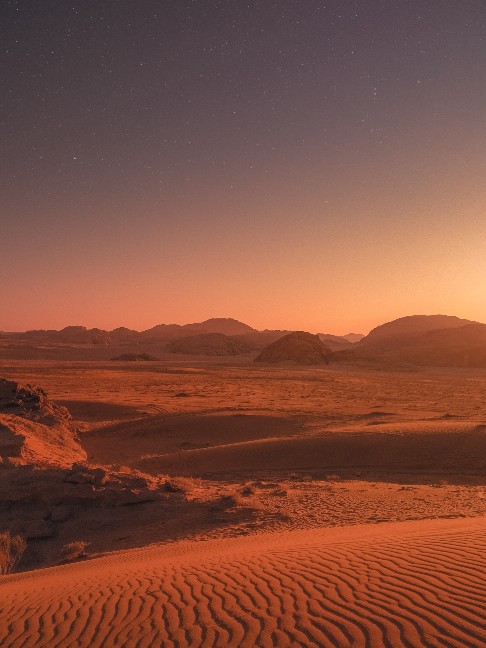 Once Upon a Time in Mars

The Utah Library for the Blind and Disabled is once again planning a winter reading program. The 2022 theme is the planet Mars.

We’ll send a cartridge out in January containing the five books selected for our reading pleasure. Return the cartridge when you have read as many of the books as you want to read. All participants will receive a memento of the year’s reading after the cartridge is received back in the Library.

People have always been fascinated with Mars. We’ve made up stories about Martians visiting Earth, and about Earthlings visiting Mars. We’ve studied the planet through telescopes and using unmanned probes. We’re seriously planning for future expeditions to our closest galactic neighbor. And through it all, we’ve written book after book about the Mars, the Red Planet.

The Martian Chronicles by Ray Bradbury

Covering the years 1999 to 2026 A.D., the story tells of the successive visits by Earth people to an unfriendly Mars. A classic novel by a great writer!

Although the science is a bit out of date now, Robinson’s beloved Mars trilogy brought the gritty details about Mars settlement and terraforming to a wide audience and inspired researchers working on NASA’s Mars missions today. Followed by Green Mars DB042050 and Blue Mars DB043603.

The Sirens of Mars: Searching for Life on Another World by Sarah Stewart Johnson

As inviting a history of humanity’s fascination with Mars as you’ll find, written by a planetary scientist who has never lived in a world without some form of Earth presence on Mars.

Packing for Mars: The Curious Science of Life in the Void by Mary Roach

One of our best popular science writers delves seriously into the physiological and psychological effects of spaceflight and how astronauts, doctors and engineers prepare to meet such challenges.

How We’ll Live on Mars by Stephen L. Petranek

Describes the key technologies needed to reach, survive and thrive on the planet and how that process might play out.

Once Upon a Time I Lived on Mars: Space, Exploration, and Life on Earth by Kate Greene

Greene participated in a mock Mars mission in 2013. She and five others lived in a dome on a rocky, barren patch atop Mauna Loa volcano for four months with no fresh food, no fresh air (all excursions were conducted in clunky “spacesuits”) and no instantaneous contact with the outside world.

Roving Mars: Spirit, Opportunity, and the Exploration of the Red Planet by Steven W. Squyres

The first half details the engineering travails of getting to Mars, the second half focuses on the first year that he and other scientists, along with a dedicated crew of rover drivers, operated the spacecraft on the surface, learning to live on sleep-disrupting “Martian time” where the day is 39 minutes longer than it is on Earth.

Curiosity: The Story of a Mars Rover by Markus Motum

A children’s book that abundantly details the interplanetary mission roaming and studying the surface of Mars. For grades 2-4.

The Martian by Andy Weir

A truly great science fiction book that’s heavy on the science. An astronaut must figure out how to survive after being marooned on Mars. Strong language.

A Princess of Mars by Edgar Rice Burroughs

In the first of the Barsoom novels, Civil War veteran John Carter travels to Mars, rescues Martian princess Dejah Thoris, and becomes involved in the planet’s politics of survival. Never thought to be even remotely realistic about the planet, it’s an inventive adventure that inspired later writers.