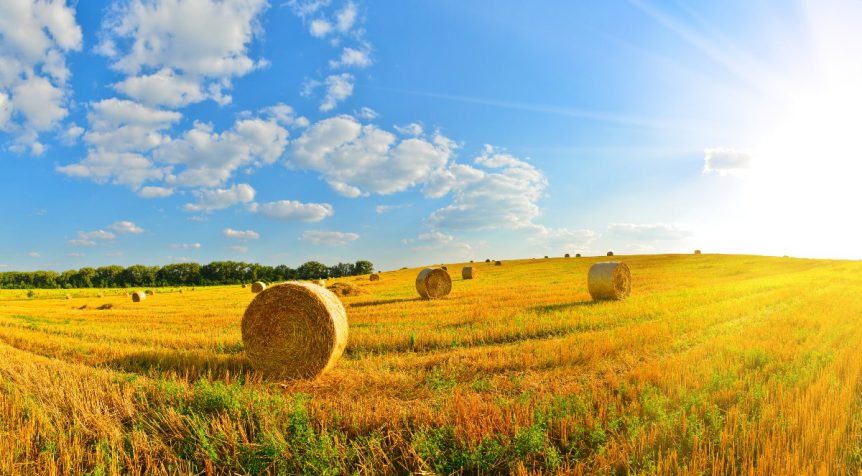 We celebrate National Farmer Day on October 12. Many of us have lived on farms at some point in our lives. However, even if we’re hard core city people, we all know about and depend on farmers. Reading about farmers brings back memories of past experiences and nostalgia for earlier times. Or maybe we look forward to what farmers might do in the future.

Farmer in the Sky by Robert A. Heinlein

Bill and his dad join other emigrants going to Ganymede, one of Jupiter’s moons, to raise food for Earth’s diminishing supply. A 1950 speculation on where farming and our food supply might head.

Gentle, pastoral tale set in nineteenth-century England where two farms share a valley. John Sutton’s lands prosper under the management of Jim Lundy, while Morris Riddler’s smaller property declines. A warmhearted, down-to-earth story of pluck and hearts on the mend.

The Old Farmer’s Almanac Book of Weather Lore: The Fact and Fancy behind Weather Predictions, Superstitions, Old-time Sayings, and Traditions.

“Clear moon, frost soon.” “Kill a beetle and it will rain.” “Lighting never strikes twice in the same place.” These statements belong to a centuries-old body of weather lore that ranges from pure superstition to reasonable accuracy.

A Thousand Acres by Jane Smiley

Arguably one of the most famous farm novels of recent times (winning the Pulitzer Prize), Smiley’s book provides a loose retelling of King Lear in the form of an Iowa farm family.

All Creatures Great and Small by James Herriot

An English veterinarian reminisces about tending farm and house animals in the years between the World Wars. First in a series.

The Martian by Andy Weir

After being stranded alone on Mars, astronaut Mark Watney survives by growing enough potatoes to maintain his life until he can be rescued.

Novellas from six authors explore romance on the homestead.