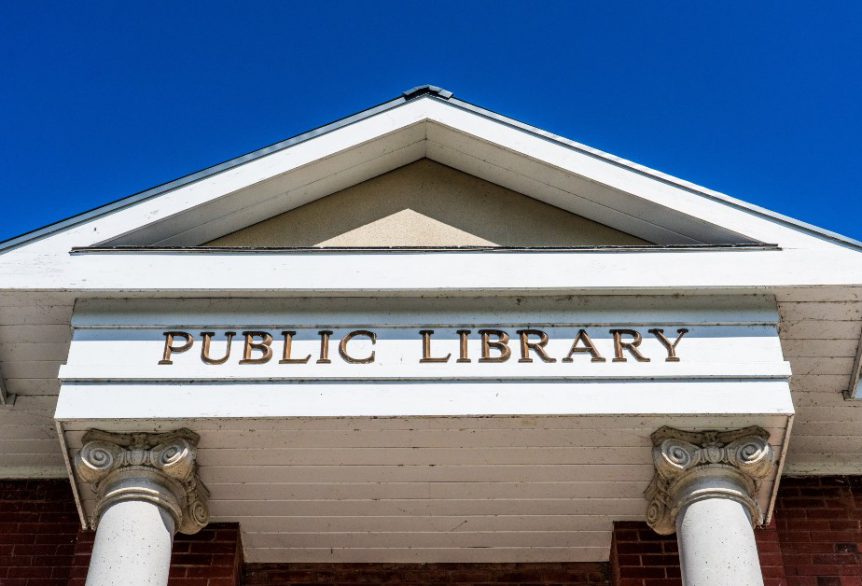 We just celebrated National Library Week April 3-9. It’s an opportunity for book lovers and library lovers to celebrate all things library. What could be more fun for National Library Week than a list of books that are set in libraries? These titles put libraries in a starring role with surprising amounts of action and drama for a setting that’s generally associated with studiousness and quiet.

The Historian by Elizabeth Kostova

Vampire librarian. Who can resist? A young American woman living with her father in Amsterdam pursues family mysteries that lead her to seek the truth behind the Dracula legend of Vlad the Impaler. Some violence.

The Uncommon Reader by Alan Bennett

When her corgis stray into a mobile library parked near Buckingham Palace, the Queen feels duty-bound to borrow a book.  Discovering the joy of reading widely and intelligently, she finds that her view of the world changes. Some language.

Dewey: The Small-Town Library Cat Who Touched the World by Vicki Myron

The Case of the Missing Books by Ian Sansom

First in a series of books based in a bookmobile. Librarian Israel Armstrong discovers that all of the books are missing and sets about finding them.

The Invisible Library by Genevieve Cogman

Collecting books can be a dangerous prospect in this fun, time-traveling, fantasy adventure—the first in the Invisible Library series set in London. Some violence.

Summer Hours at the Robbers Library by Sue Halpern

People are drawn to libraries for all kinds of reasons. Most come for the books themselves, of course; some come to borrow companionship. An unforgettable tale of family…the kind you come from and the kind you create. Unrated.

The Library Book by Susan Orlean

The author re-opens the unsolved mystery of the most catastrophic library fire in US history. On April 29, 1986, fire broke out at the Los Angeles Public Library and destroyed or damaged more than a million books.

The Lions of Fifth Avenue by Fiona Davis

The Midnight Library by Matt Haig

Between life and death there is a library, each book with the story of your life as you might have lived it. A dazzling novel about making choices and giving up regrets. Some sex, some violence, and some strong language.

Based on the true World War II story of the heroic librarians at the American Library in Paris, this is an unforgettable story of romance, friendship, family, and the power of literature to bring us together.

The Personal Librarian by Marie Benedict

In 1906, Belle da Costa Greene was hired by J. P. Morgan to curate a collection of rare manuscripts, books, and artwork for his newly built Pierpont Morgan Library. Belle becomes a fixture in New York City society, but she is African American passing as white. Strong language, some descriptions of sex.

Alcatraz vs. the Evil Librarians by Brandon Sanderson

First sentence: “So there I was, tied to an altar made from outdated encyclopedias, about to get sacrificed to the dark powers by a cult of evil Librarians.” Posits that librarians obviously do run the world because we control access to information. First in a series by a Utah author. For grades 4-7.