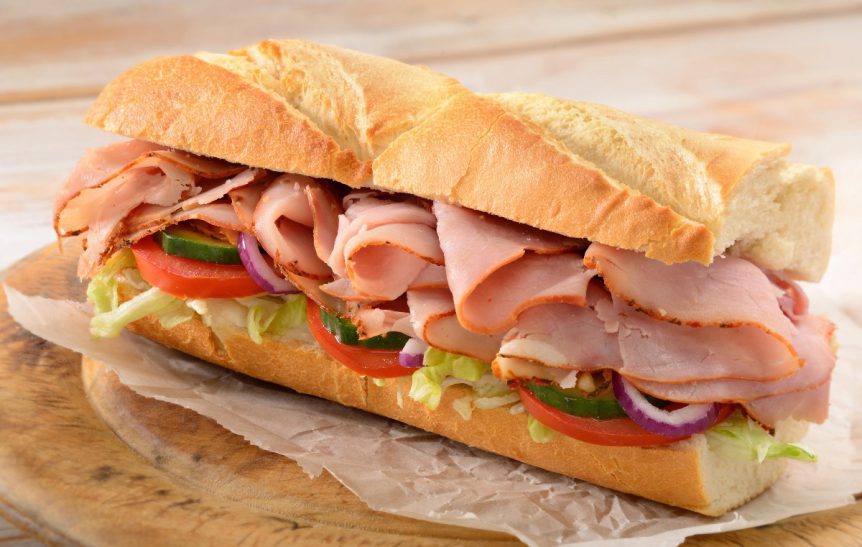 November brings us the celebration of National Sandwich Day on the 3rd.  We could use that as the reason for creating a booklist highlighting sandwich recipe books such as Super Sandwiches: Wrap ’em, Stack ’em, Stuff ’em by Rose Dunnington DB065035. However, the word itself is as interesting as the food. The sandwich takes its name from the 4th Earl of Sandwich (1718–92), an English nobleman said to have eaten food in this form so as not to leave the gaming table. Let’s use the sandwich as the impetus for a booklist looking at the development of the English language and all its storied words.

The Mother Tongue: English and How It Got That Way by Bill Bryson

Journalist Bryson states that “more than 300 million people in the world speak English, and the rest…try to.” He discusses such topics as the origin of words and names, spelling (the longest English word has more than 1,900 letters), grammar (some rules can be traced to an eighteenth-century clergyman), and swearing (beware of this one!).

The Professor and the Madman: A Tale of Murder, Insanity, and the Making of the Oxford English Dictionary by Simon Winchester

An account of the unusual circumstances leading to the friendship between the Oxford English Dictionary’s editor, Dr. James Murray, and one of its most prolific contributors, Dr. W.C. Minor, an American criminal.

Eats, Shoots and Leaves: The Zero Tolerance Approach to Punctuation by Lynne Truss

Despairing over the abysmal state of British usage, author/journalist Truss, a stickler for punctuation, dissects common language errors involving apostrophes, commas, dashes, and hyphens. (The title is a joke because the meaning changes depending on punctuation.)

Origins of the Specious: Myths and Misconceptions of the English Language by Patricia T. O’Conner

This is the very simplified thesis of this delightful book, which debunks popular myths and misconceptions about English. This book will finally explain why it’s OK to boldly split infinitives, and how a lot of the grammar “rules” we learned growing up don’t actually come from English at all.

Between You & Me: Confessions of a Comma Queen by Mary Norris

Norris spent over three decades in The New Yorker’s copy department, so she knows a thing or two about commas. Between You & Me is a lighthearted look at punctuation problems and when, exactly, you should add that extra comma. But she doesn’t get too hung up on the official rules. As Norris puts it, “The dictionary is a wonderful thing, but you can’t let it push you around.”

That’s Not English: Britishisms, Americanisms, and What Our English Says about Us by Erin Moore

Technically, the English and the Americans both speak English. But in reality, there are quite a lot of subtle differences between English English and American English (never mind the dozens of other Englishes spoken around the globe). Moore looks at the awkward, hilarious differences between the two dialects, and what they say about our two cultures.

The Story of English in 100 Words by David Crystal

Selects and examines one hundred words (including the ancient, the cutting-edge, the indispensable, the fanciful, and the obscene) that illustrate the many sources, influences, and events that have shaped the English language.

Word by Word: The Secret Life of Dictionaries by Kory Stamper

What goes into making a dictionary? Besides, you know, a lot of words? Dictionary writer and editor Kory Stamper is here to illuminate the secret life of dictionaries, from defining words to changing definitions to deciding what, exactly counts as a word in the first place.

Image description: A turkey sandwich with lettuce, tomatoes, onions, and other fixings on a long baguette rests on a piece of wax paper on a wooden cutting board.