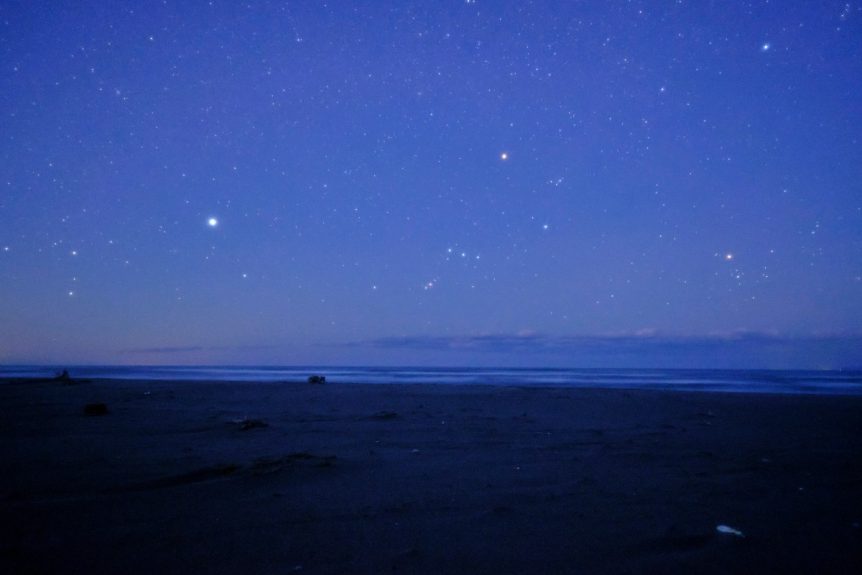 Last summer we noted that we often hear about the dog days of summer, those extremely hot high summer days each year. The term doesn’t actually have anything to do with dogs as animals. It refers to the days between July 3rd and August 11th when the Sun occupies the same region of the sky as Sirius, the brightest star visible from any part of Earth and part of the constellation Canis Major, the Greater Dog. Sirius is sometimes called the Dog Star.

Last summer we commemorated the dog days of summer with a list of books about dogs. This summer, we’ll honor Canis Major with books about stars and astronomy.

Sirius, the dog star, is tried for murder by his heavenly peers and falsely convicted. His punishment is to be reborn on earth as a puppy and to die a dog’s death unless he can find the Zoi–the murder weapon of the stars.

A do-it-yourself guide to observing the heavens.

Echoes of the Ancient Skies: The Astronomy of Lost Civilizations by E.C. Krupp

Explores ancient astronomy and seeks clues to the ways in which whole cultures shaped their everyday lives around their interpretations of what they saw in the skies.

Stargazing: Astronomy Without a Telescope by Patrick Moore

Guide to stargazing that describes the elements of the solar system, planetary motions, the apparent motion of the celestial sphere, the mythology of constellations, and the size and structure of the galaxy. Offers a constellation-by-constellation description of the sky.

An Intimate Look at the Night Sky by Chet Raymo

Essays describing what objects–planets, stars, and constellations–can be visibly observed in different seasons and then imaginatively connecting these nighttime sights to unseen wonders of the universe

Stargazer: The Life and Times of the Telescope by F. Watson

Presents the four-hundred-year history of the telescope and the scientists responsible for its development from a simple spyglass to sophisticated modern engineering marvels.

Death from the Skies: These Are the Ways the World Will End by Philip C. Plait

Astronomer assesses various threats to life on Earth from aliens, asteroids, black holes, gamma rays, supernovae, and even the Sun.

Meteorite: How Stones from Outer Space Made our World by Tim Gregory

The history of human interactions with meteorites and the science of their creation and composition.

Image Description: The stars that form the constellation Canis Major shine prominently in the deep blue night sky above the horizon.